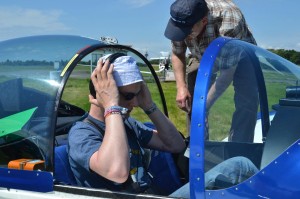 Welcome to my website! I’m a research scientist in multi-modal robot perception at Bosch Corporate Research, Germany. Previously, I worked on my PhD at the University of Freiburg, Germany. My research interests include human detection and tracking in RGB-D and LIDAR point clouds, articulated pose estimation, as well as fine-grained human attribute recognition.

My academic work at the Social Robotics Lab in Freiburg was mainly funded by the EU FP7 project SPENCER, which involved deploying a first-of-its-kind autonomous service robot in a crowded airport environment. Earlier, over a duration of 5 years in my free time, I developed a 2D real-time strategy game called Sorades – Die Befreiung, which won the Newcomer Award at the German Game Developer Award 2006. My other interests include photography, travelling, and aviation.

October 2022: Check out the latest episode of the Bosch Global Podcast “From Know-How to Wow” on our research project DARKO!

August 2021: Check out our IROS 2021 paper “Cross-Modal Analysis of Human Detection for Robotics: An Industrial Case Study” on arXiv!

July 2021: Successful conclusion of the EU H2020 project ILIAD which I was involved in as a work package leader for Human-Aware AGV Fleets!

January 2021: Kick-off of the EU H2020 project DARKO, where I am leading WP2: 3D Perception and Scene Understanding.

April 2020: Successfully defended my PhD thesis on multi-modal human detection, tracking and analysis for robots in crowded environments at the University of Freiburg!

May 2019: I have been awarded an Outstanding Reviewer Award at ICRA 2019 in Montreal, Canada!

January 2017: Kick-off of EU H2020 research project ILIAD on intralogistics, where I am work package leader for Human-Aware AGV Fleets.

September 2016: My PhD advisor Kai, our robot SPENCER and I were featured as invited guests in an episode of the Tigerentenclub, a popular German TV show targeted at school children. SPENCER performed well in the spotlight in front of five cameras!

June 2016: I joined Bosch Corporate Research in Renningen, Germany, as a full-time researcher in robotics and perception!

May 2016: Last month, the SPENCER project ended with a very successful demonstration at Amsterdam-Schiphol airport. The SPENCER robot is now resting peacefully in its wooden storage box. A TV report on our project, also featuring me, was recently shown on German television. Goodbye SPENCER!

February 2016: The end of the SPENCER project is approaching quickly and we are preparing for next month’s final demonstration at Amsterdam-Schiphol!

November 2015: SPENCER robot is coming to Freiburg, where my colleagues Luigi, Billy and I will do the final preparations for the first Schiphol deployment. My main focus will be on making the robot operate safely among humans in crowded spaces.

October 2015: I presented my paper on full-body human attribute recognition in RGB-D in one of the computer vision sessions at IROS’15 in Hamburg. Later on, headed to Toulouse for SPENCER integration week IV.

April 2015: Just came back from an eventful SPENCER Integration Week III (see gallery). Also check out our new video on Real-Time Multi-Modal People Tracking in Crowded Environments! The code is available on GitHub.

January 2015: My paper on Real-Time Full-Body Human Gender Recognition in (RGB)-D Data has been accepted for presentation at ICRA’15. Looking forward to visiting Seattle in May! I also submitted a follow-up paper to IROS 2015 in Hamburg, Germany.

October 2014: After submitting a paper to ICRA’15, it is now time to prepare for the SPENCER integration event in Toulouse! I’ll be heading there twice, during the first meeting we will set up the basic robot software infrastructure in a smaller team. Looking forward to working with the robot for the first time! Also going to Aachen for people tracker integration. Update: Demo videos of single-person and group guidance now online!

June 2014: New website goes online! And in the SPENCER project, we’re planning to go to Amsterdam-Schiphol airport with our mobile data capture platform, a child stroller equipped by me with wheel odometry and an array of RGB-D and laser sensors. Update: Pictures now online!

May 2014: My first robotics-related paper entitled “Multi-Model Hypothesis Tracking of Groups of People in RGB-D Data” has been accepted for presentation at FUSION 2014 in Salamanca, Spain!

April 2013: Moved to Freiburg, Germany and started working at the Social Robotics Laboratory!

February 2012: Became a full-time researcher at the Interactive Systems Lab of the University of Duisburg-Essen, Germany

January 2012: Finished my diploma in Applied Computer Sciences with distinction!